Cat and The Dreamer 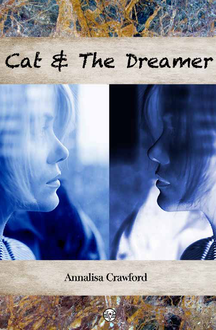 Julia survived a teen suicide pact: her best friend Rachel did not. Years later, Julia is introvert and insular, spiralling into depression, shrouding herself in daydreams to protect herself from reality – a controlling mother and a huge burden of guilt.

When Adam walks into her office, Julia knows he won’t be interested in her; Cat, her flirty blonde colleague, has already chosen him as her next conquest. But his presence alone is enough to shake Julia up, and make her realise real life could be so much better.

Except Cat has other plans, lurking in Julia’s imagination, torturing her, telling her she should have died too. And she’s right, of course, because Cat is always right.
​

Original Blurb:
As a teenager, Julia survived a suicide pact, while her best friend Rachel died. Julia’s only escape from her guilt, and her mother’s over-protection, is her imagination. When Adam arrives in the office, Julia’s world takes a startling turn as she realises reality can be much more fun than fantasy. Finally she has someone who can help her make the most of her life. But can she allow herself to be truly happy?

What readers are saying:
"This is the kind of book you could read over and over, and always spot something new to think about. A definite must read!" - Kyra Lennon, author of If I Let You Go and the Game On series

"A seemingly simple story beautifully told. The prose has a rhythm that takes you from sentence to sentence and chapter to chapter. Looking forward to reading more from this author" - Helen, via Amazon

"A fresh perspective and an understanding of teen psychology." - Elizabeth Seckman, author of Past Due and Healing Summer